Factors to Consider Before Using Arduino for Chromebook Enrollment

Factors to Consider Before Using Arduino for Chromebook Enrollment

You need to enroll Arduino onto a sizeable fleet of Chromebooks.

In the past, you’ve tried a couple of different options:

But what if there is an easier solution?

What if you could power through those stacks of Chromebooks in less time, with fewer staff, and without the headaches and sore fingers you get from doing it manually?

You can with Go-Box.

This guide will take a look at some of the challenges that can arise for organizations when enrolling, and factors you should consider before using it or a similar microcontroller for your next mass Chromebook enrollment. 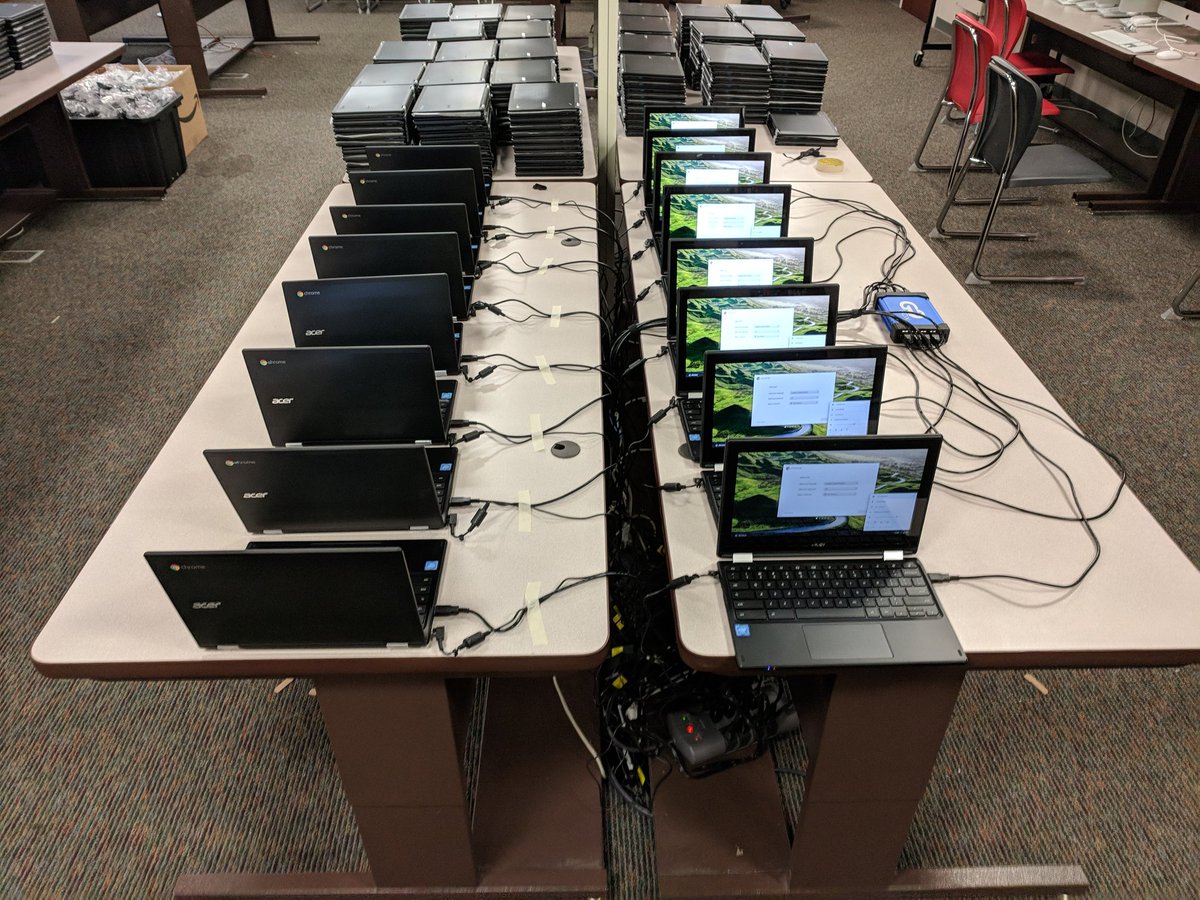 Go-Box: Making Arduino Chromebook Enrollment a Thing of the Past

If you’re trying to figure out the process of enrolling Arduino onto the Chromebooks in your 1:1 program, you know just what a huge headache the project can be.

What if there was a way to easily get enrollment taken care of without overworking your IT department or breaking the budget?

Go-Box has simplified mass Arduino Chromebook enrollment with a simple tool that allows you to establish your own in-house “white-glove” enrollment program.

With Go-Box you can knock out Arduino enrollment on stacks of Chromebooks in significantly less time and without monopolizing your staff.

Not only is Go-Box compatible with all Chromebook models, but it also:

And since Go-Box is a one-time investment, you’ll be done paying “white-glove” fees year after year.

Buy Go-Box once and use it to enroll and configure your devices indefinitely.

What Is Arduino Chrome?

Arduino Chrome is an open-source programmable microcontroller with multiple uses. Arduino Chrome uses common code, C++, and is useful for designers, artists, hobbyists, and others who are interested in creating interactive environments or objects.

Does Arduino Work on Chromebooks?

Yes. It is possible to use a Chromebook for programming Arduino.

How Is Arduino Commonly Used in Mass Chromebook Enrollment?

A school that is planning to enroll a thousand or more Chromebooks at once needs to have an efficient way to get the job done.

As an easy-to-use microcontroller, Arduino can help simplify the process by sending out the same keyboard commands and mouse commands every time towards a single Chromebook that it is connected to.

To use Arduino to enroll your Chromebooks, you will need to …

… for it to spit out commands to walk you through the process of enrollment.

Many schools and organizations use Arduino to mass enroll their Chromebook population.

Here are a few things you’ll want to consider before taking the plunge.

#1: There Is a Large Learning Curve With Microcontrollers

For starters, when it comes to Arduino Chrome installation the learning curve can be beyond intimidating.

It can take a considerable amount of time to understand the concept of how Arduino works and to actually get it up and running.

So, unless you have a good grasp of microcontrollers, learning to work with Arduino may be an overwhelmingly difficult assignment.

#2: A Lot of Time Will Be Spent on Script

Have you ever spent hours of your time tinkering with a script to get it just right only to discover that it contains fatal errors?

If so, you know just how frustrating scriptwriting can be.

Customer feedback tells us that even the best scripts have up to a 30% failure rate.

As a result, organizations will frequently wind up doing one of two things:

#3: Not Much Money Will Be Saved vs. White-Glove Services

Choosing a white-glove service for Arduino Chromebook enrollment can cost up to $5 to $25 per device.

Whether they are working with 150,000 devices or 1000, that can quickly add up to a grand total that puts a significant strain on the district’s tech budget.

Most districts don’t have that type of wiggle room in their budgets.

And if they do, there are plenty of other areas where the additional money would be much better spent.

On top of that, keep in mind that Arduino enrollment isn’t just a one-time thing for most organization’s Chrome devices.

School districts, in particular, will need to reconfigure and re-enroll a huge number of devices on a yearly basis, once student’s Chromebooks have been returned at the end of the school year.

Why pay high white-glove fees, when you can quickly and easily automate Chromebook Arduino with Go-Box Chrome? 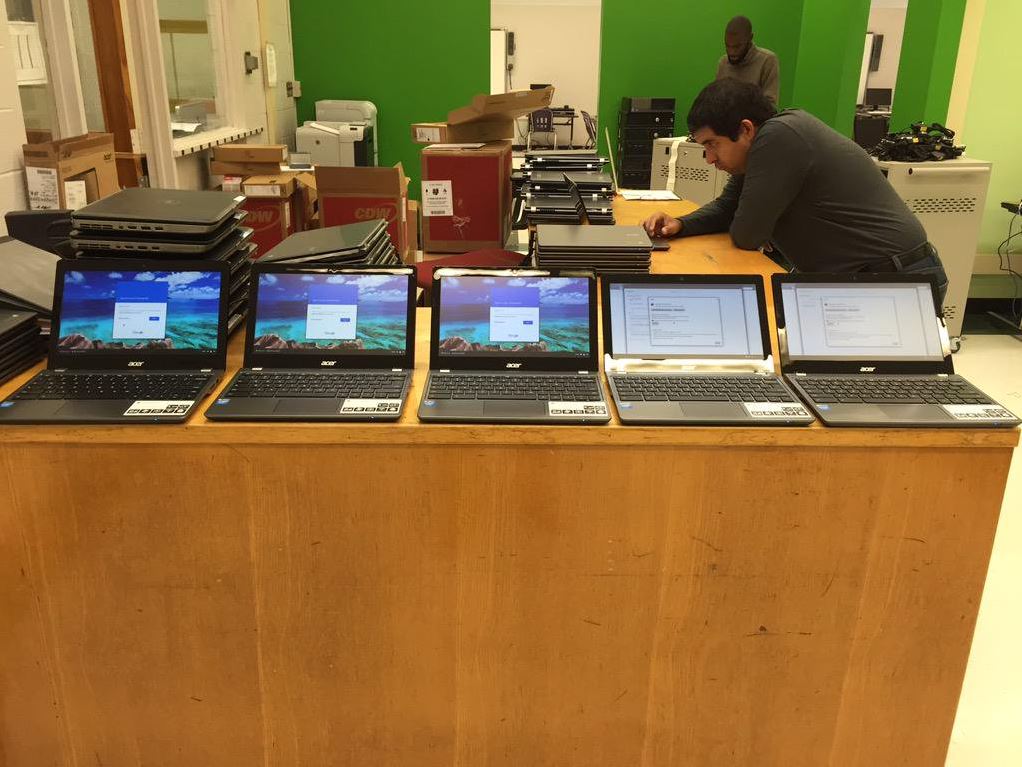 There’s an easier way to mass enroll Arduino onto your fleet of Chromebooks.

Go-Box eliminates the need to pay a fortune to outsource or trouble yourself with manual enrollment.

Let’s take a look at some of the things that make Go-Box Chrome the solution you’ve been looking for.

Removes the Need for Extensive Trial and Error

The team of professionals at Go-Box has already worked through each and every process of enrollment, so you don’t have to.

Imagine that a school district has a specific environmental challenge that is unique to one of their schools.

… until you get something that resembles it getting to the completion point.

Go-Box eliminates all the guesswork and stress with our real-time logger.

Provides Transparency That Saves Hours of Your Time

With Go-Box, you have a real-time logger that shows you exactly what the Go-Box is sending to the Chromebook.

So you’re able to see your scripts in real-time, and you know what commands are being sent to the Chromebook as it’s executing them.

This way, if the Go-Box says it’s doing a specific application, you can simply look at the Chromebook to be sure that they are matching, so you’ll know at a glance if you are on track.

If you notice that the Chromebook is on a screen that is different from what the Go-Box is sending, you can immediately …

Our process of allowing you to visually follow along with what your script is doing is a lifesaver when it comes to making those little tweaks that make all the difference in efficiency.

If you are only working with a few Chromebooks, that 15 to 20-second delay isn’t a big deal.

But when you’re doing it x1000 it adds up to a considerable amount of wasted time.

Because of our team’s vast experience, we know the specific tweaks that need to be made, so you can avoid spending valuable time tinkering with your script.

We have multiple settings and other adjustments designed to improve throughput that we’ve cooked into our templates to automatically solve script challenges.

And these little nuances make a huge difference in enrollment efficiency.

Our centrally-managed scripts are easily accessed through any browser and applied asynchronously across 16 USB ports, ensuring rapid automation on large quantities of Chromebooks.

If you have ever tried automation Arduino Chromebook enrollments before, you’re going to love Go-Box.

You know the scenario:

You run into a tech problem, so you hop on Reddit to try to find some answers.

After combing through a myriad of threads on 6 different forms, you still don’t have the exact information you were looking for.

So you piece together 8 different ideas, cross your fingers, and hope it works.

We have a team of professionals that troubleshoot for a living.

To reach out to our top-notch support staff, simply shoot us an email or schedule a support call.

Or, if you’re the self-help type, you can check out our library of comprehensive articles.

Either way, the Go-Box staff is with you in the trenches to get you the help you need – fast.

If you’re serious about finding the best solution for Arduino Chromebook enrollment, look no further than Go-Box.

Not only can Go-Box be used year after year to re-enroll Arduino Chrome, but it also makes quick work of force wiping devices.

Don’t waste any more money or time on white-glove services or manual enrollment.

Get Go-Box through your preferred technology reseller or request a quote for your organization today.